Will Hudson signs with the New Zealand Breakers 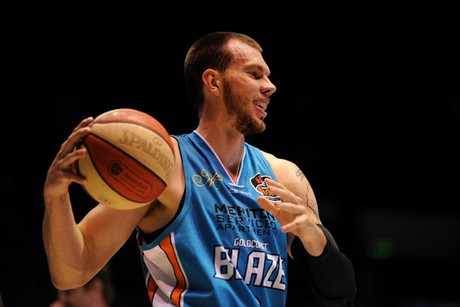 Will Hudson has signed on with the New Zealand Breakers for the 2012/13 NBL season. Will Hudson played for the Gold Coast Blaze as one of their two imports last season and its said he was a rather cheap import for the Blaze so the Breakers may have saved some money and can spend big for their second import/guard. The New Zealand Breakers are attempting to win the NBL championship for a third time in a row. The Breakers already have their starting five planned out excluding the point guard spot and the signing of Hudson looks to be as a back up big for a the two big starters Mika Vukona and Alex Pledger. Gary Wilkinson was the import forward for the New Zealand Breakers for the last two years however he has signed on to team in europe for a larger salary. Hudson is a proven entity in the NBL who can bring in some rebounds and some points in the paint. Its thought that the New Zealand breakers are planning on waiting to try to re-sign Cedric Jackson or  sign on Adam Gibson as their starting point guard. However they must wait to see if the Blaze stay in the competition as Gibson is hoping to stay with the Blaze and Cedric Jackson is trying out with the San Antonio Spurs.
Posted by Fletch at 03:12